There's a good intro on tintypes on Wikipedia, including this bit of trivia:

"The tintype's image is technically negative; but, because of the black background, it appears as a positive. Since the tintype 'film' was the same as the final print, most tintype images appear reversed (left to right) from reality. Some cameras were fitted with mirrors or a 45-degree prism to reverse (thus correct) the image, while some photographers would photograph the reversed tintype to produce a properly oriented image." 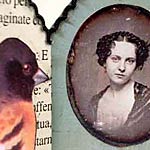 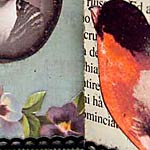 Artwork by Design Team Member Nichola Battilana (also used in her 'How to Hinge a House' Tutorial).